We were given FABULOUS Mariner tickets by my dad and step-mom for our Polish friends to experience an all American baseball game.

And it was fabulous. In every way. No kids, great weather and the best seats I’ve ever had. Oh and it gets better- we actually won! 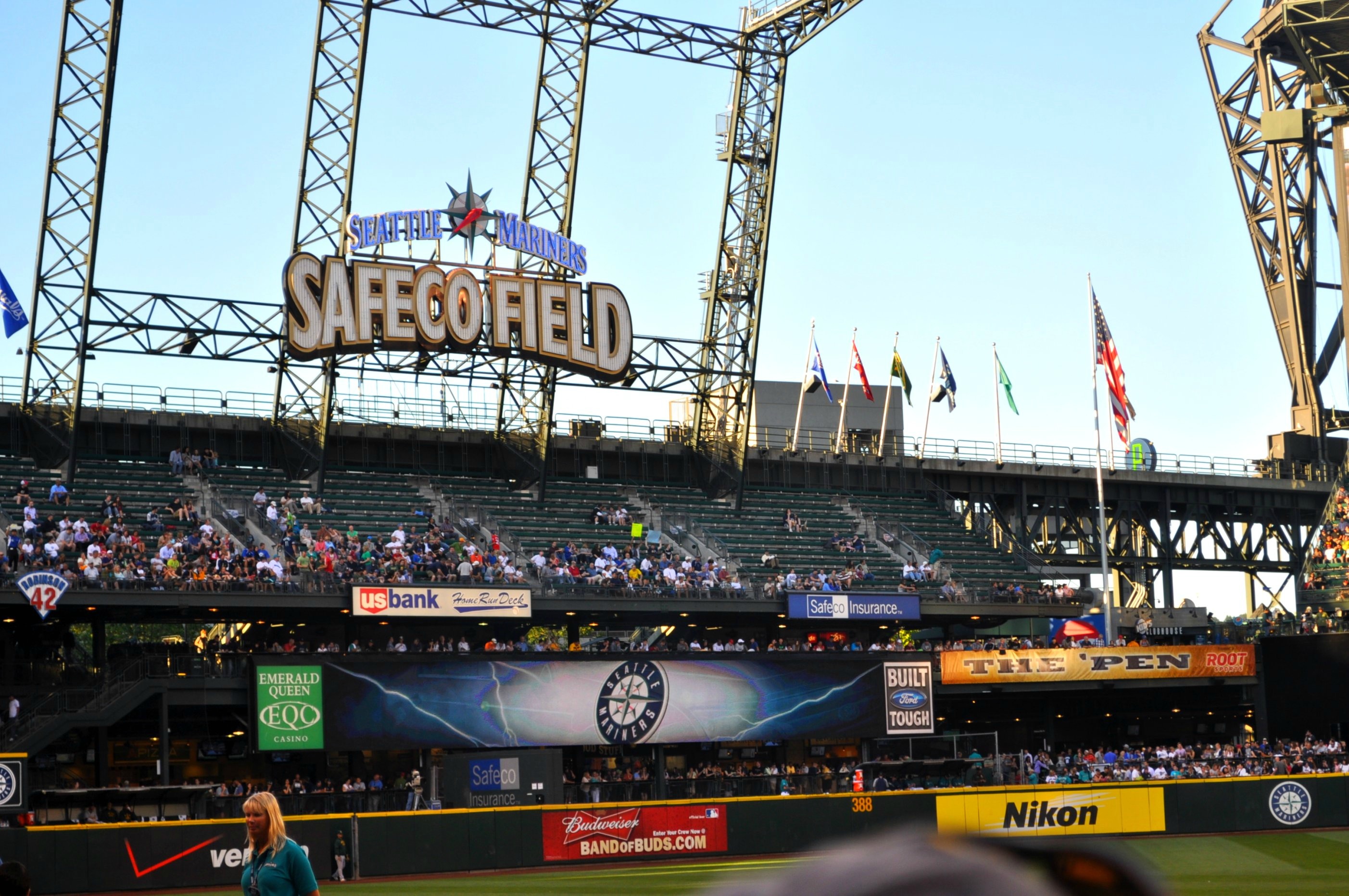 It was a fabulous time and we had a blast. Lots of laughing,, yelling and watching out for pop fly’s. 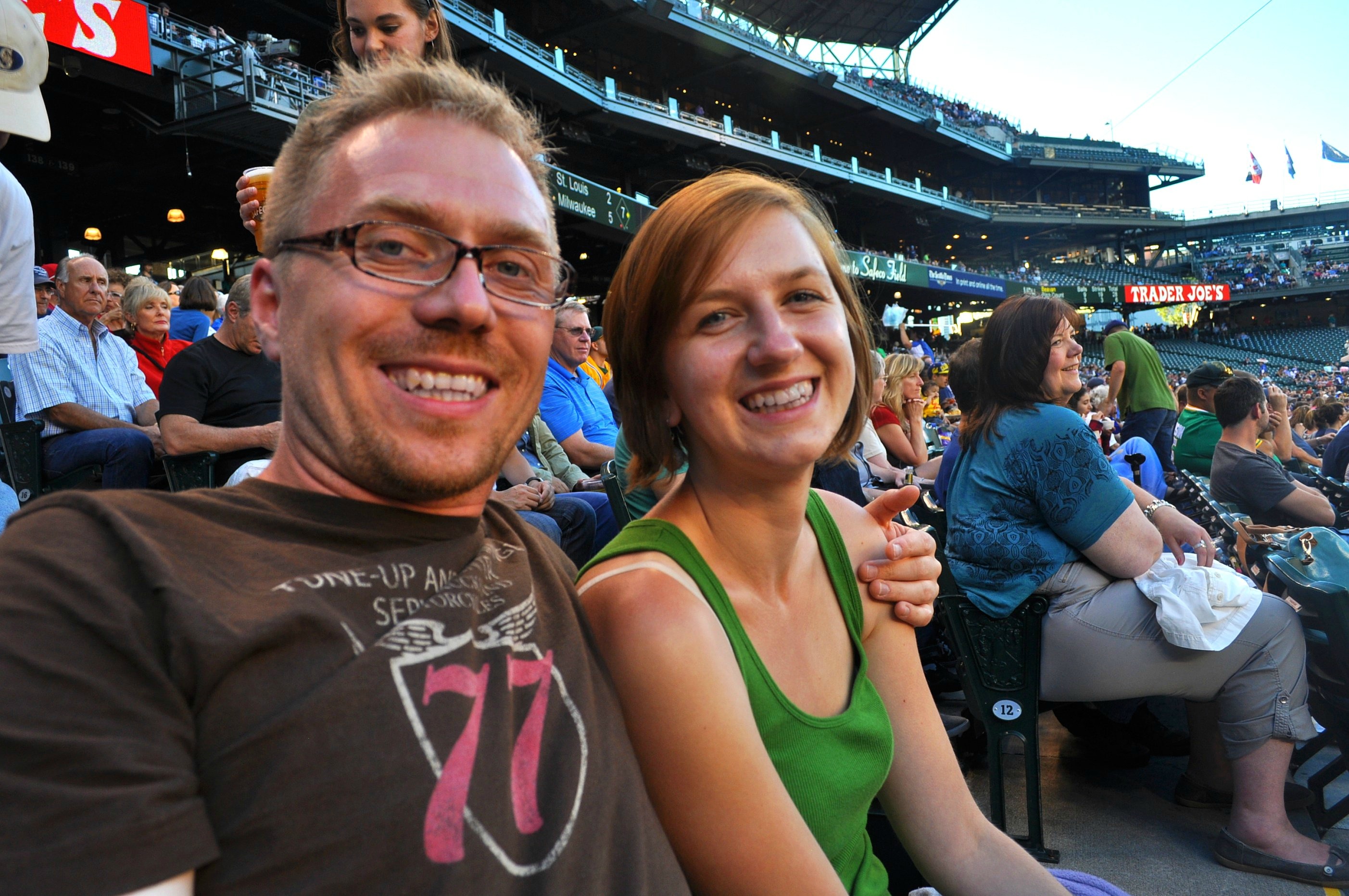 Heck, even Jesus himself visited the game! 🙂 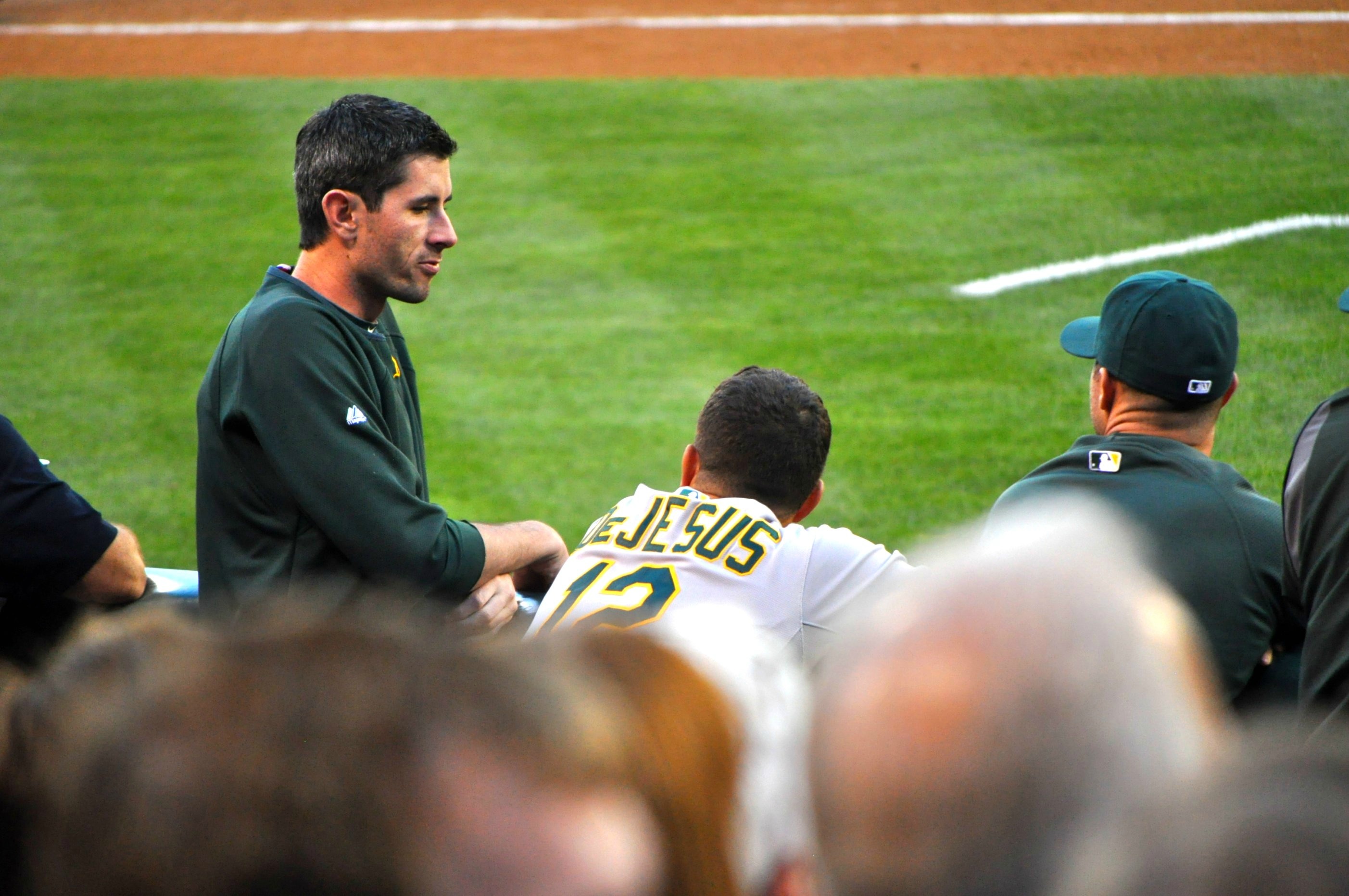 We also chummed it up with our friend of ours there. You might know him. He goes by one name. Ichiro. 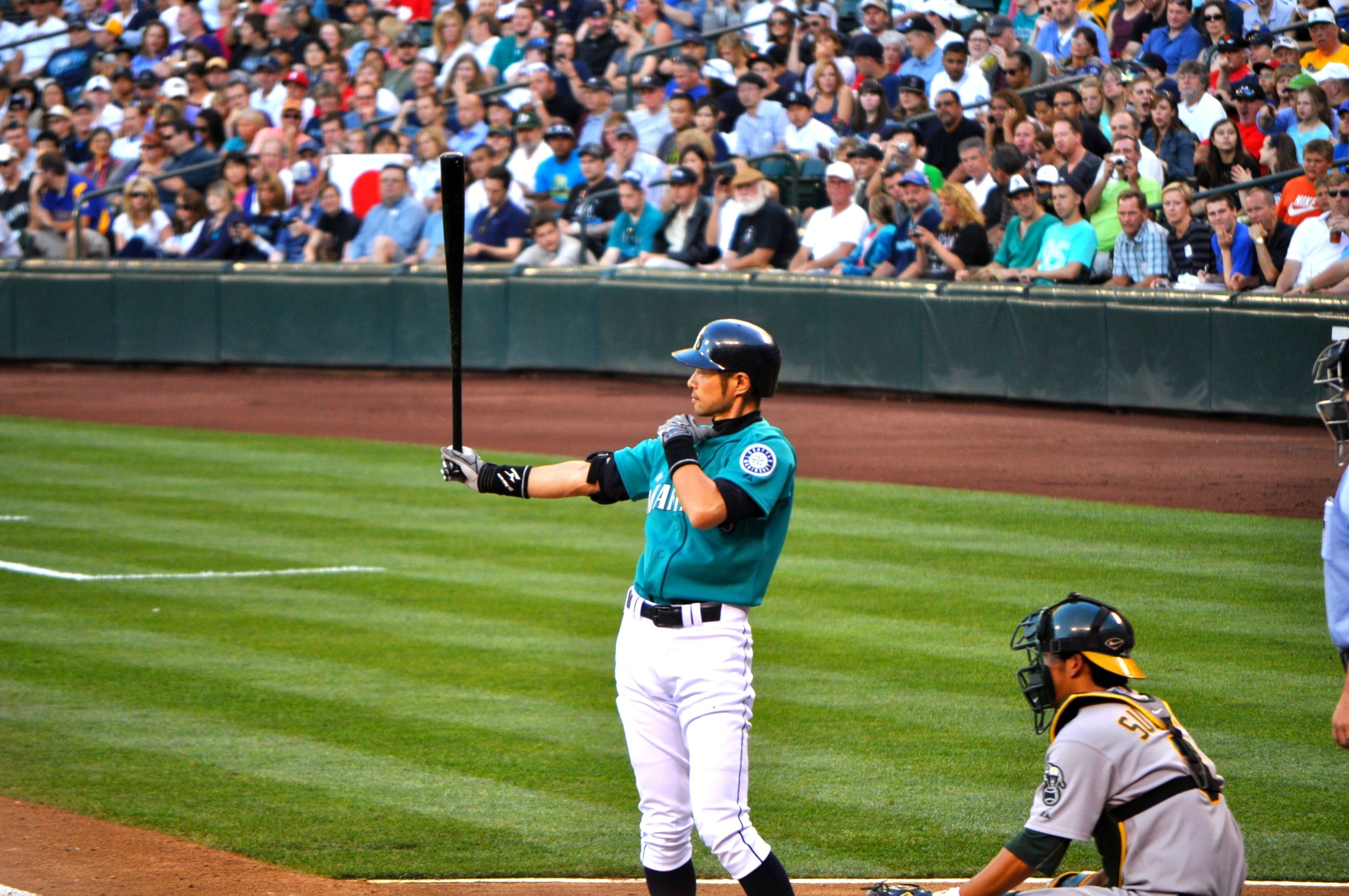 They tried our wonderful healthy baseball stadium food. I chose the nachos with liquid cheese and spicy chili, Travis had a light beer and they had pepperoni  pizza. Oh and the freshly squeezed lemonades. Sweet beautiful lemonades. 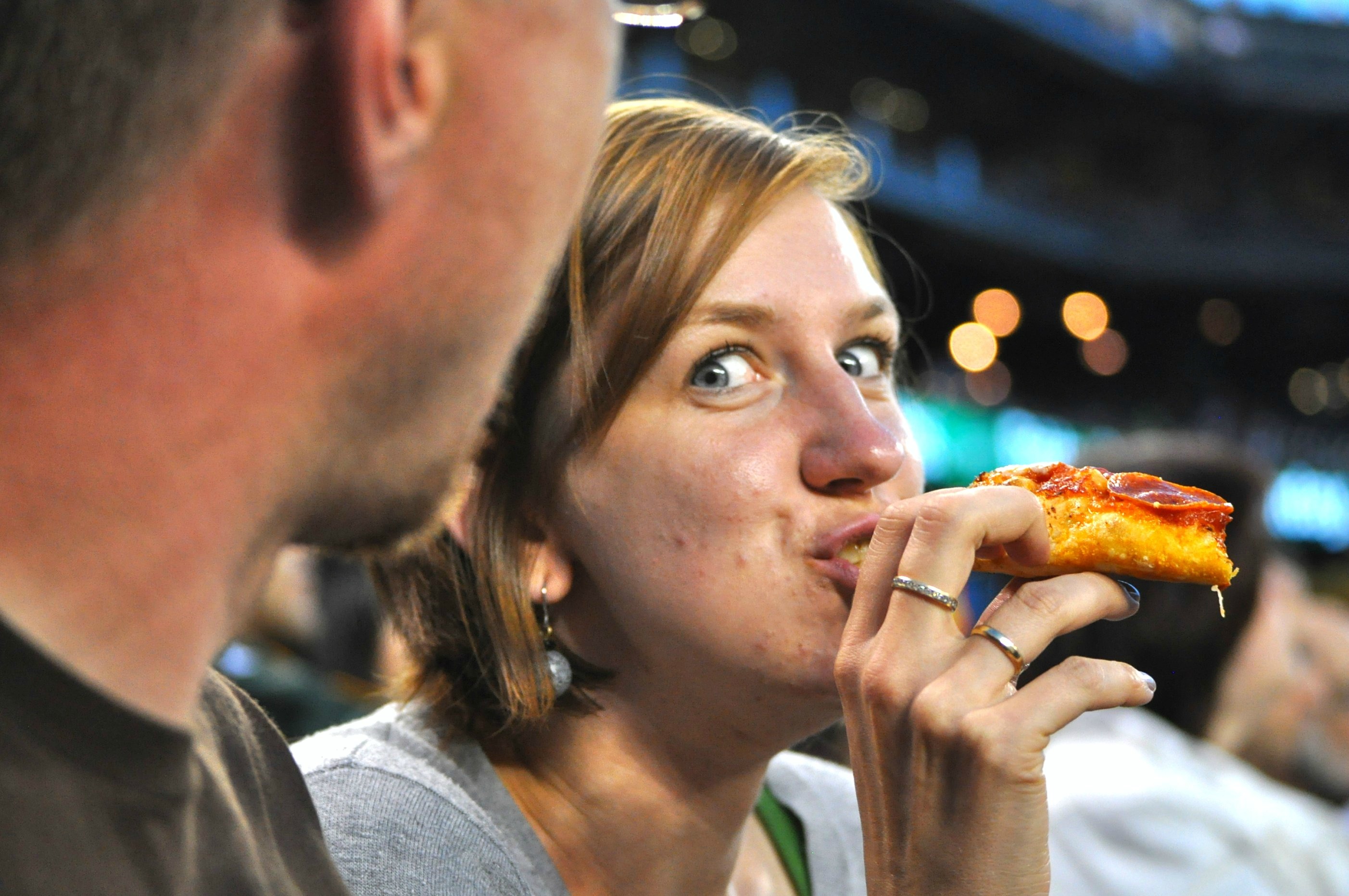 Lastly, they heard TONS about the ‘seventh inning stretch’ and were so excited to be apart of it. And it lived up to their expectations.

At about the 7th inning, the fans who are still there don’t care how good they sound. It’s probably the amount of beer they’ve consumed but I like that carefree thinking. So we sang loudly too. 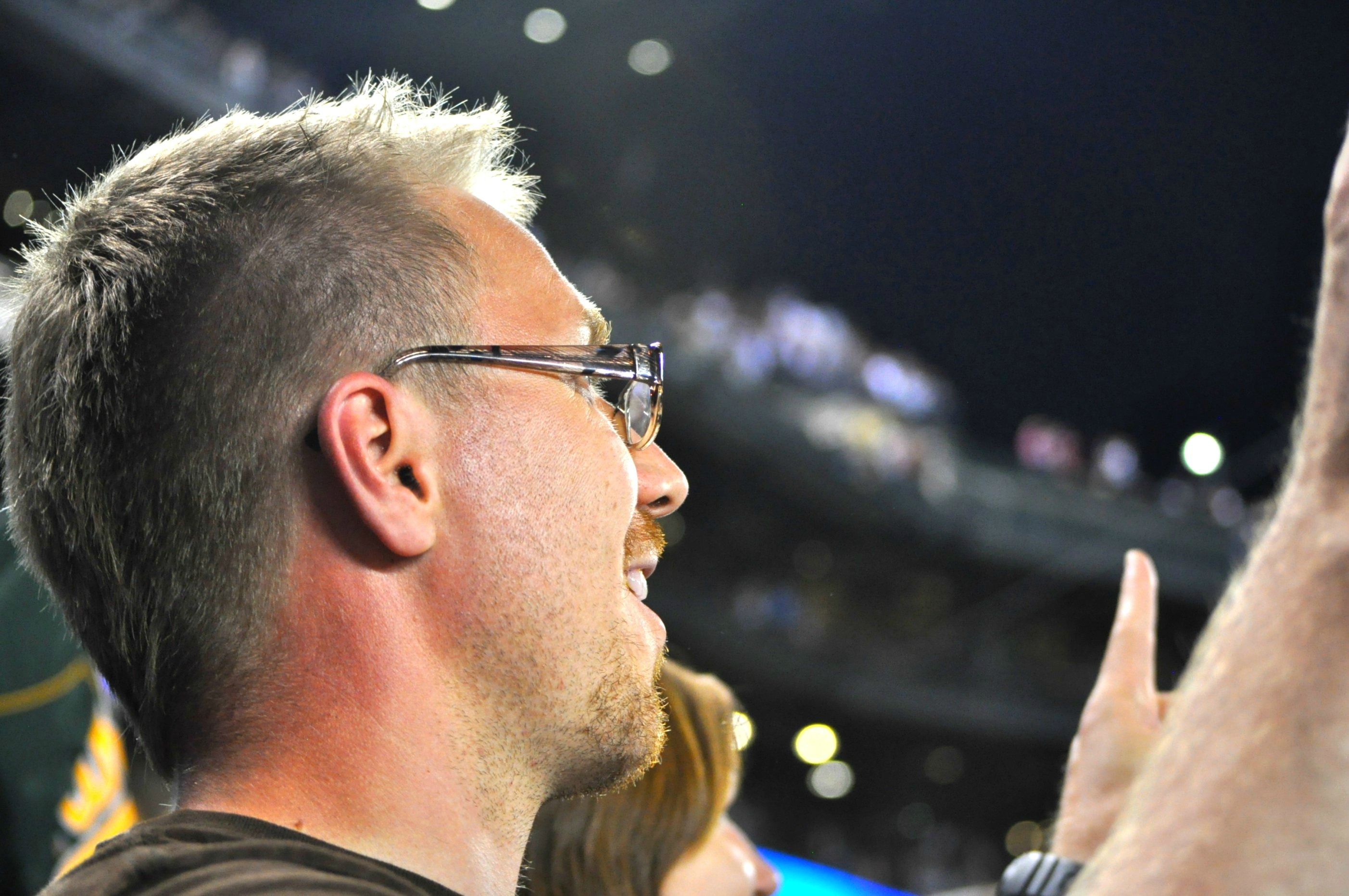 We also did the wave. FIVE TIMES around the stadium. I worked at having a good attitude but think I failed.

It was cold, late, I was exhausted from spending the morning playing at the beach, I didn’t feel like jumping with liquid cheese in my stomach (which almost came out in the car later) and overall I was easily annoyed/pissy. Did I do a good job defending my mood? …I know, I know…but at least I didn’t bite someone’s head off. But poor Trav got a few verbal bullets flying past his ears.

So anyways, we did the wave. 5 times.

Let me refrase that: I watched our friends do the wave 5 times.  I took the pictures. 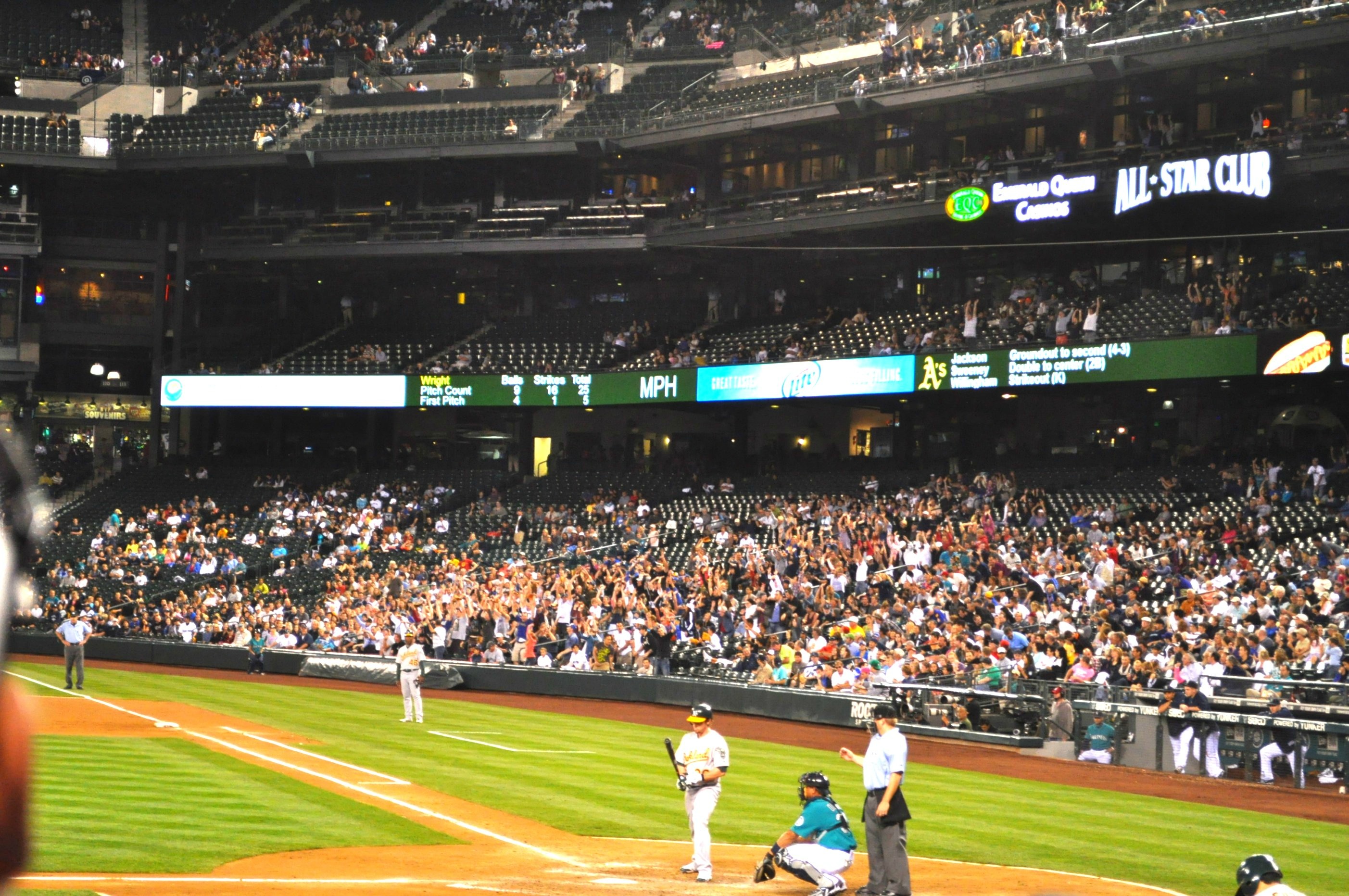 Can you believe the Mariners won?!!! 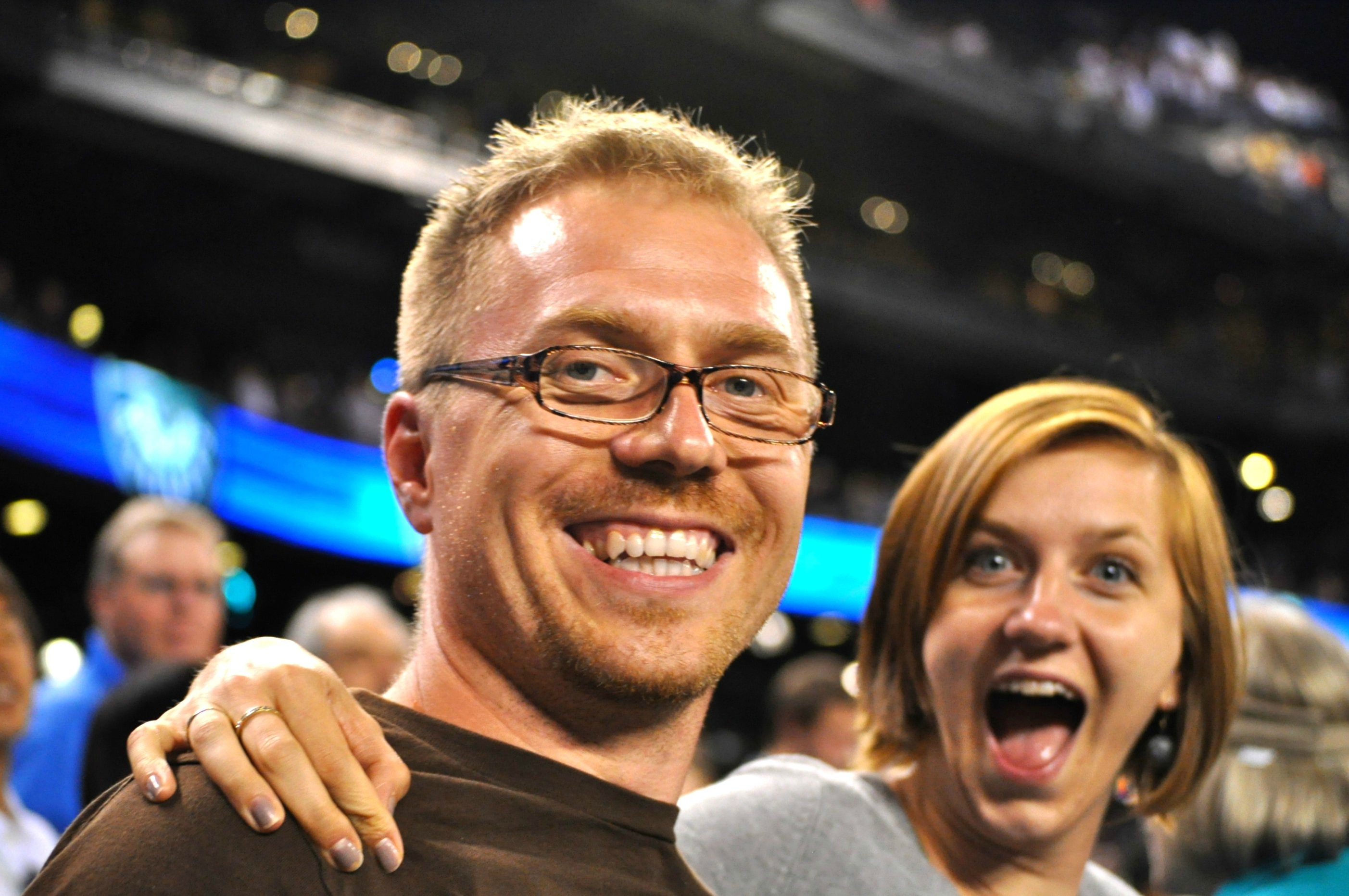 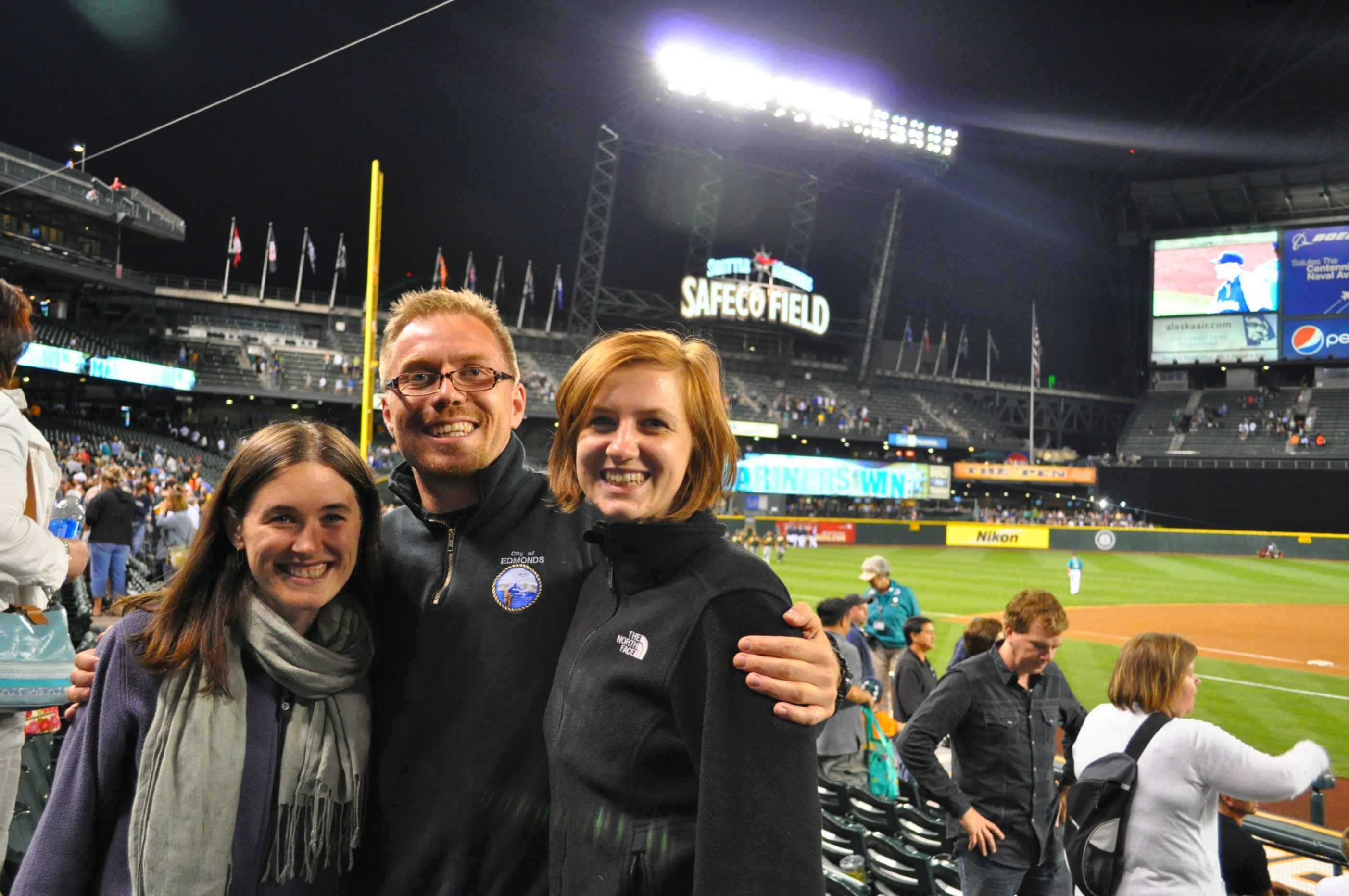 *her hair is not that blond. Weird lights. But I like that color on her don’t you?

One thought on “American Baseball”